Moustiers-Sainte-Marie has its roots in the close relationship between Man and his environment. The village is surrounded by terraced hills planted with olive trees and guards the entrance to the Gorges du Verdon.

Monks arrived around 433 from the Lérins islands, and sheltered in cavities in the tuff before founding a monastery. Proudly located at the edge of a ravine, the church of Notre-Dame de Beauvoir, or Entremont, has a Romanesque porch, crowned by a little bell-tower dating back to the same period; the wooden door dates back to the Renaissance.

Inside, the first two rows of the nave are Romanesque, the other two Gothic along with the apse. This was once a « sanctuaire à répit ». According to popular belief in certain provinces, the « répit »was, for the new-born, a temporary return to life to allow time to give it a christening before its official death.

The christened child could enter Heaven instead of wandering eternally in limbo where it would be deprived of the sight of God. But répit was only possible in certain sanctuaries, most often devoted to the Virgin (Our Lady of Pity) whose intercession was necessary for obtaining miracles. 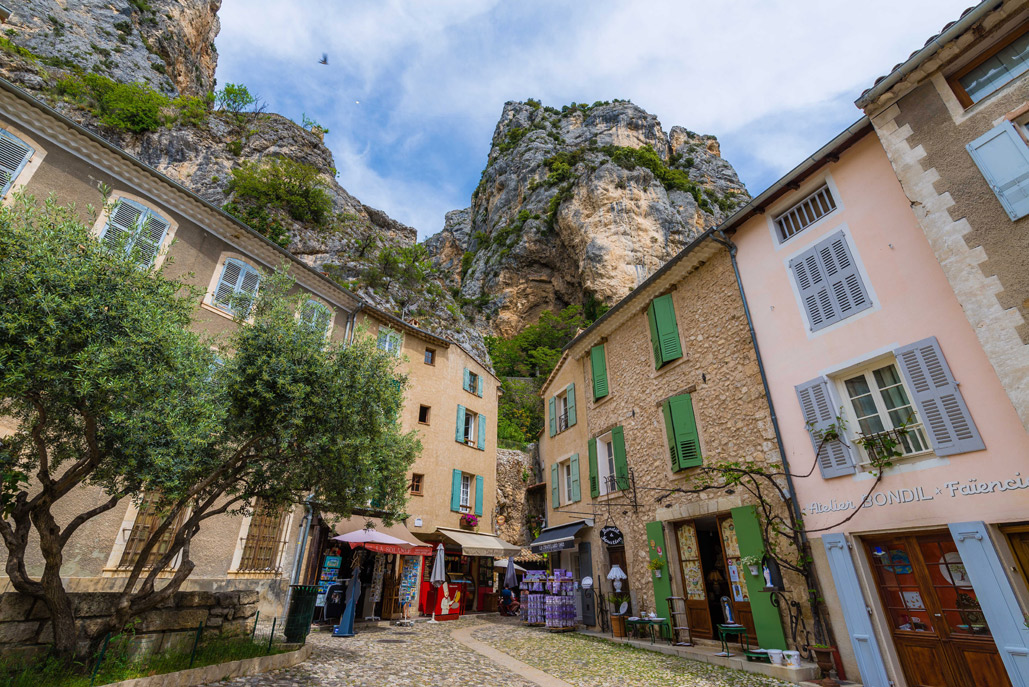 A cobbled path lined with oratories leads to the sanctuary. As if to reinforce the striking look of the place, a golden chain with a star in its centre hangs across the. Legend has it that a knight of Blacas who had been taken prisoner during the crusades in XIIth century, had vowed to hang a chain near the chapel if he was freed.

A tall Romanesque bell-tower with three layers of twin bays inspired by Lombard architecture rises above the gracious disorder of Provencal-style coloured roofs; the Romanesque church has a Gothic flat-apsed Gothic choir. 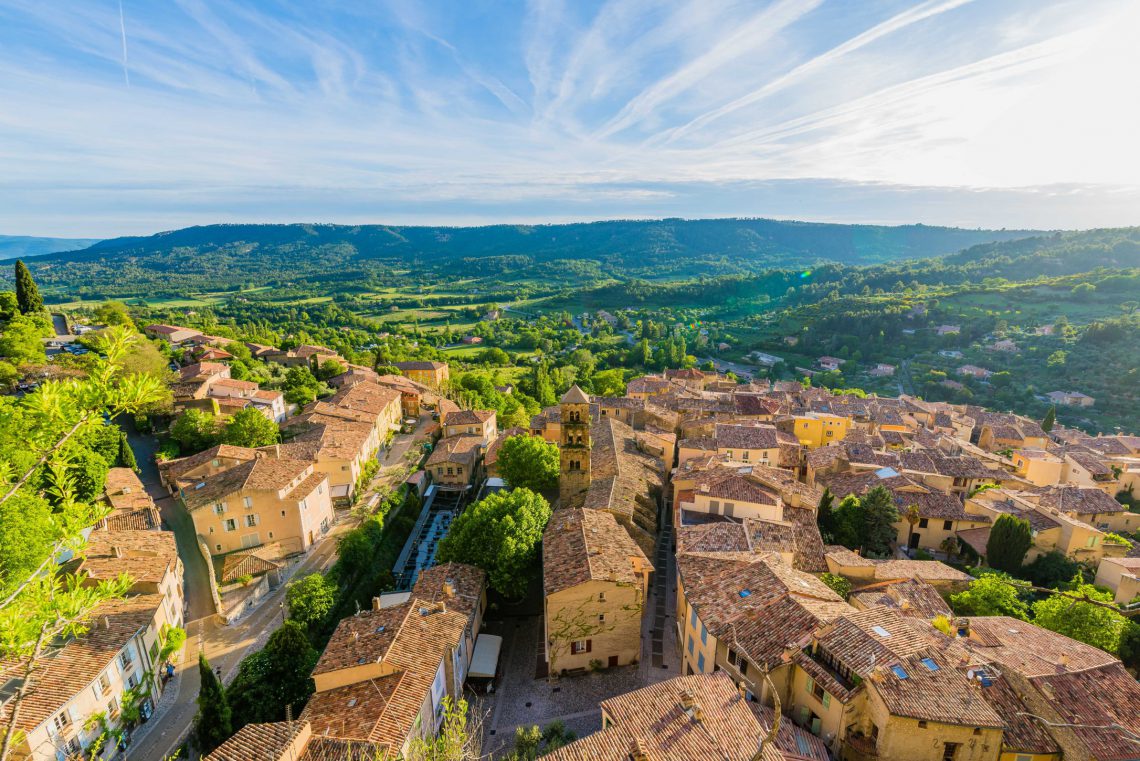 The local resources and particularly the triad — water, wood, fine clay — encouraged the early emergence of a pottery tradition. In 1929, the Historic Museum of Faience was opened.

At present, the Museum of Faïence has 5 rooms where the most beautiful XVIIth century and contemporary items are shown. The glazed tiles room exhibits historical pottery and an assortment of items in clay such as glazed tiles, pipes, etc.

Today a number of Master Faience makers offer quality items with original decoration. The faience and pottery activity contribute to regional economic dynamics along with local produce such as honey, lavender, and olive oil.