The great lakes of the Verdon are actually the “blue gold “of Provence. There are a large number of places to discover, swim and do water sports with the lakes of Castillon, Sainte-Croix-du-Verdon, Quinson and Esparron-de-Verdon.

The lake of Castillon du Verdon

This is the first dam on the Verdon. Work began in 1924 and finished after the Second World War. In an exceptional location, surrounded by green mountains, it is sheltered from the Mistral wind and stretches over 8 kilometres with a surface area of 500 ha.

A small perimeter in the southern part of the lake at Demandolx is reserved for the French Navy and therefore the public are not authorized to sail on it. Its main role is to irrigate farming areas but this has not prevented it from attracting more and more tourists who want to enjoy the exceptional setting of the Lake of Castillon.

Tourists can also do all sorts of activities at the boat clubs of Saint-Julien du Verdon and Saint-André les Alpes. These boat clubs are equipped for canoeing, kayaking, windsurfing, pedalo, aqua hiking and relaxation (supervised swimming).
There are also a large number of hiking trails around the lake. 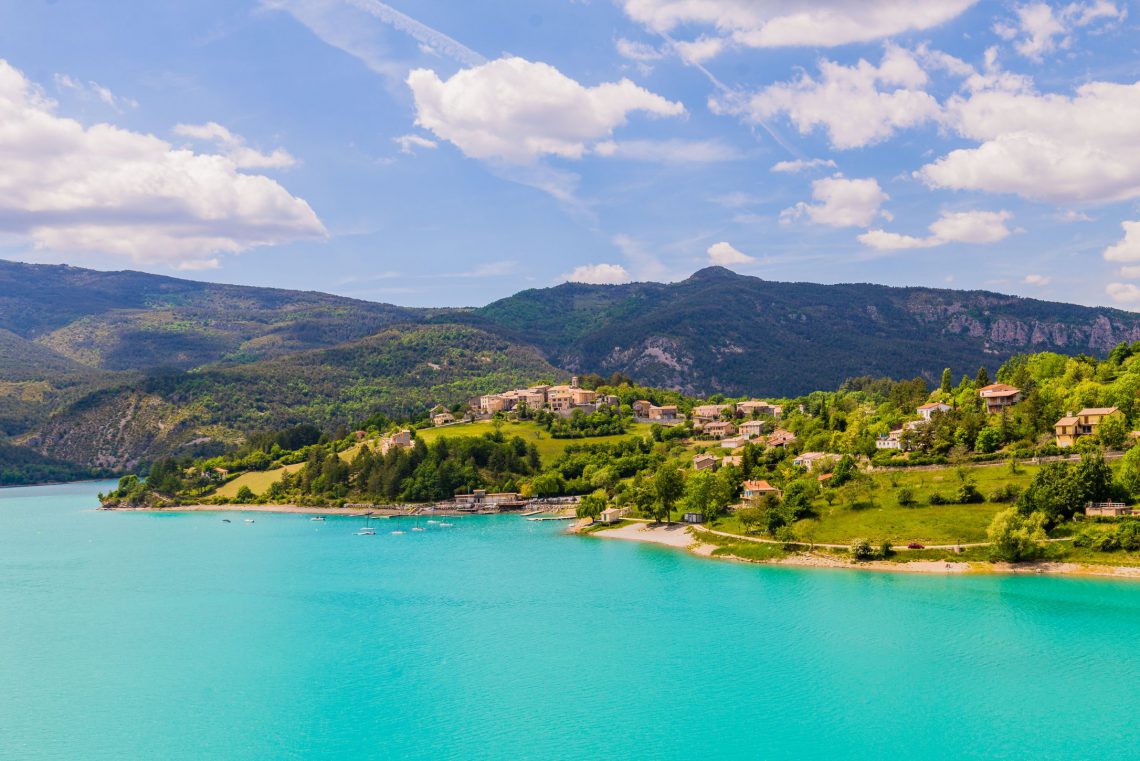 The lake of Sainte-Croix du Verdon

In 1970, after many years of research, building started on the Sainte-Croix dam in the department of the Alpes de Haute Provence, and the waters of the Verdon were impounded to create the second largest artificial lake in France: 2,200 hectares which stretch over an average length of 12 kilometres and a width of 2 kilometres.

The main vocation of this vast 767 million m3 reservoir is to produce electric power, but it also supplies water to the large cities on the Mediterranean coast, enables the irrigation of farming land in Provence and is a scooping point for fire-fighting planes. This “new land” has greatly contributed to the development of tourism and leisure activities in the region. A paradise for water sports lovers, it attracts thousands of tourists of all nationalities every year to its banks in summer.

But the impounding of this magnificent lake also resulted in the loss of a fertile valley and the exodus of a whole farming and sedentary population. Around thirty farms, including 22 on the municipality of Sainte-Croix-du-Verdon, were destroyed as was the village of Les Salles-sur-Verdon in the Var. A new village was built above the level of the dam and 25 kilometres of road had to be re-established and 2 bridges created, the most spectacular being the one upstream of the Sainte-Croix-du-Verdon dam. 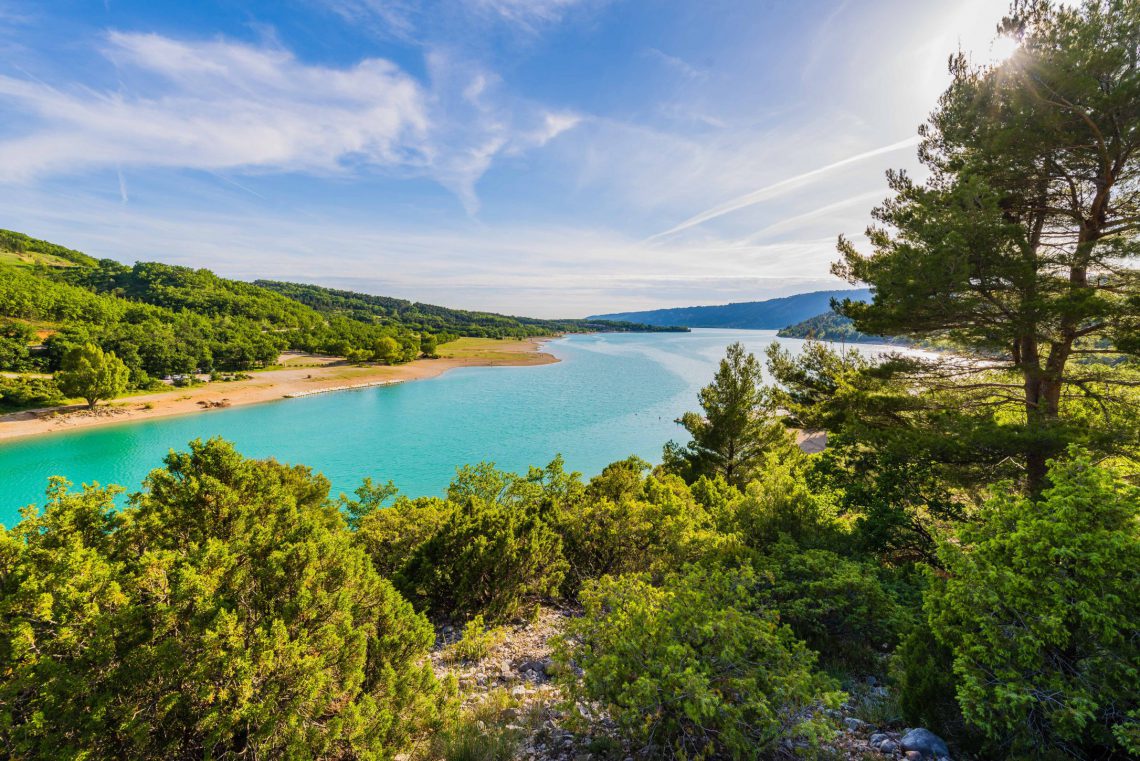 The lake of Quinson

With a surface area of 160 ha, it stretches over around 11 kilometres. Formed from narrow, wild gorges, it is practically inaccessible apart from a few basins with gentle slopes which are a boon for camp sites.

Located in the south of the department, it has the most magnificent views and in particular in the gorges which can be accessed near the villages of Montagnac-Montpezat and Saint-Laurent-du-Verdon.

The Quinson boat club has a multitude of activities such as windsurfing, pedalo, canoeing and kayaking, (information at the boat club and equipment rental shops). Swimming is supervised. No motor-boats other than electric ones are permitted. 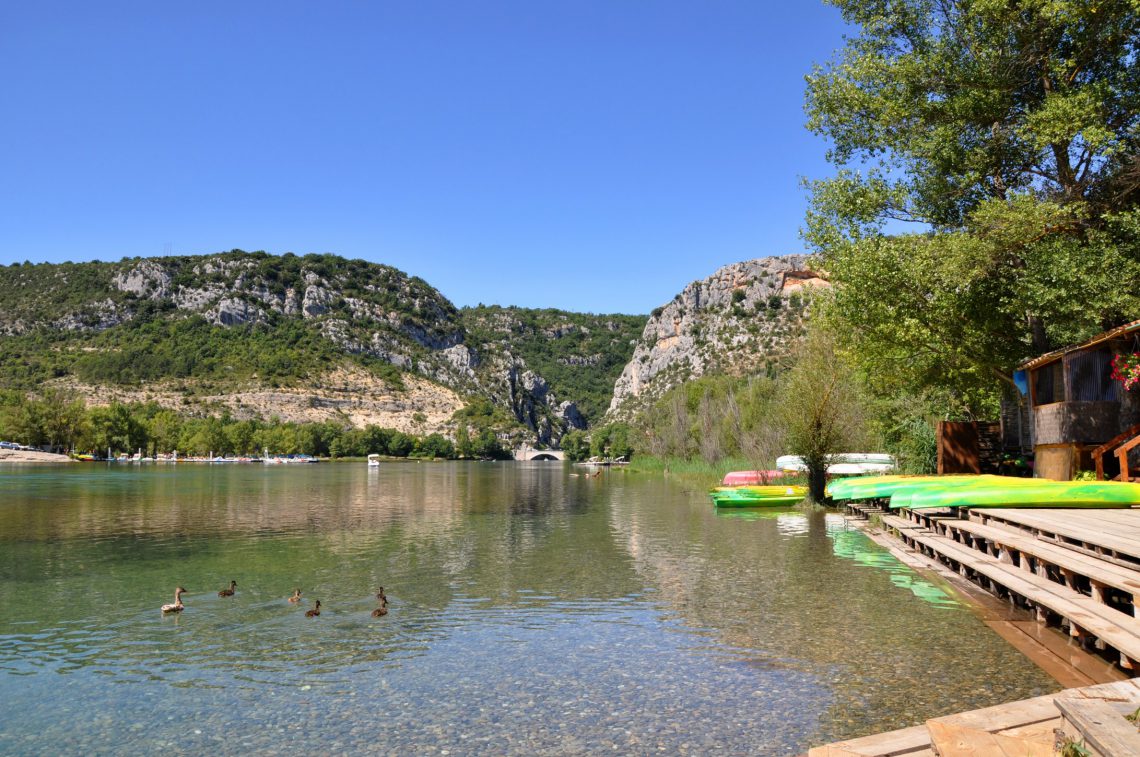 The lake of Esparron de Verdon

The lake of Esparron, with a surface area of 328 ha, is one of the wildest on the Verdon with its many coves and cliffs, its turquoise water and its gorges. The two large basins which make up the lake provide domestic and agricultural water to 116 municipalities including Marseille, Toulon and Aix-en-Provence.

On the banks of the lake, the village of Esparron de Verdon, perched on the rock, offers an unrestricted view of the valley and the lake and is the ideal starting point for discovering the Verdon, along with nearby towns such as Gréoux-les-Bains and Moustiers-Sainte-Marie. 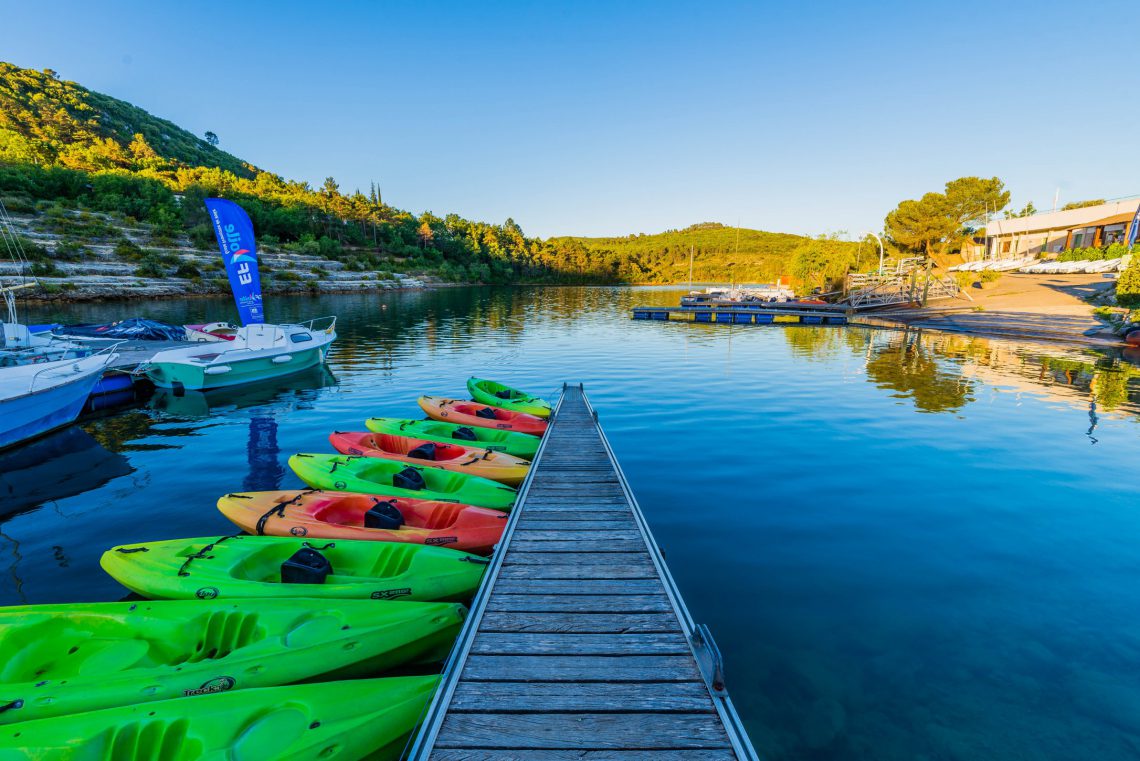 The facilities around the lake are great for water sports such as pedalo, rowing, sailing, canoeing and kayaking, electric boat and of course swimming.