The tumultuous and intense history of Castellane dates back to the dawn of time. The town changed its name several times: the oppidum of Ducelia then Salinae in Romanesque times and Petra Castellana in VIIIth century.

In the middle Ages, the town set up definitely at the foot of a steep rock, on the right bank of the Verdon.

It’s a real pleasure to go through the old gates to the town, and wander down the alleyways. You can discover the church of Saint-Victor, built at the end of XIIth century with a most interesting architecture which is a mixture of Romanesque and Gothic styles.

The Tour Pentagonale and the Tour de l’Horloge date back to the middle Ages. They were part of the fourteen towers inserted into the ramparts of the town.

The Pont du Roc, a bridge which was for a long time the only strategic point for crossing the Verdon, was destroyed many times. Its origin is not well-known but it probably dates back to Roman times. 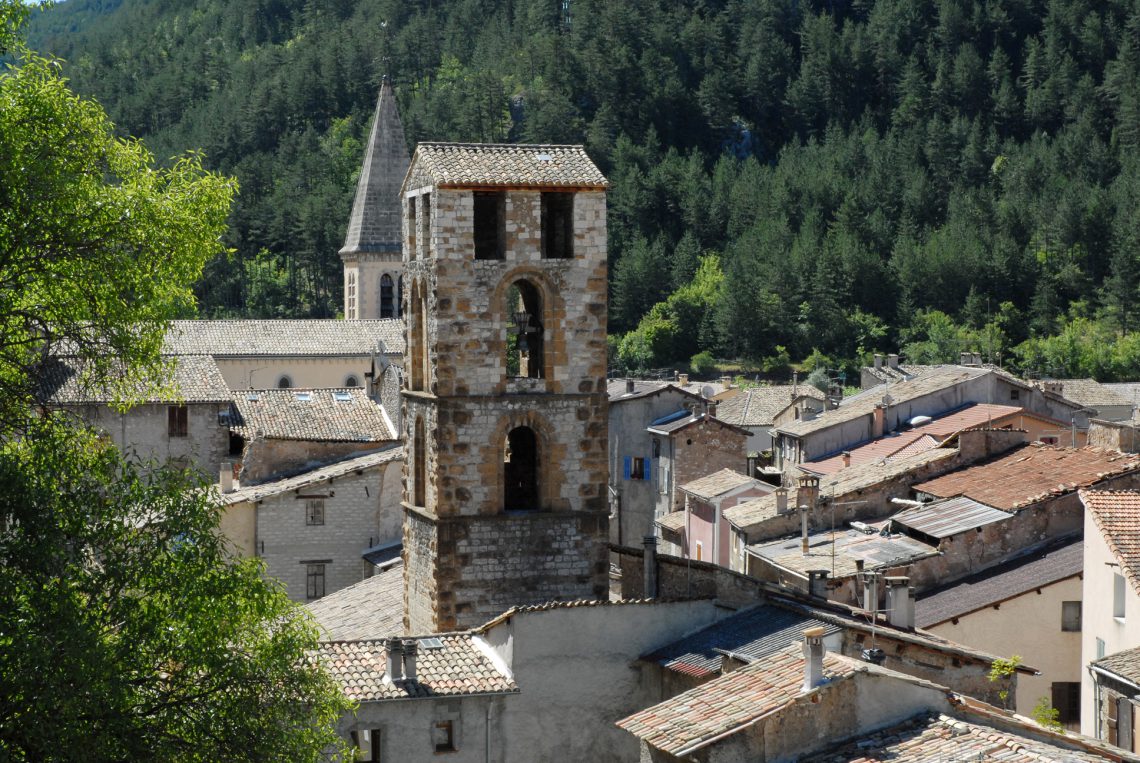 The chapel of Notre-Dame du Roc, built at 903 metres on the top of the Roc, has overlooked the pays de Castellane since the early XIIIth century, but its present appearance only dates back to the end of XIXth century.

The walls are covered with ex-votos. Since XVth century, Notre-Dame du Roc, Patron Saint of Castellane, has been a place of pilgrimage. The most spectacular is the one which takes place on the evening of 14th August; a “torchlight procession” which unfolds its ribbon of light on the path down from the Roc. 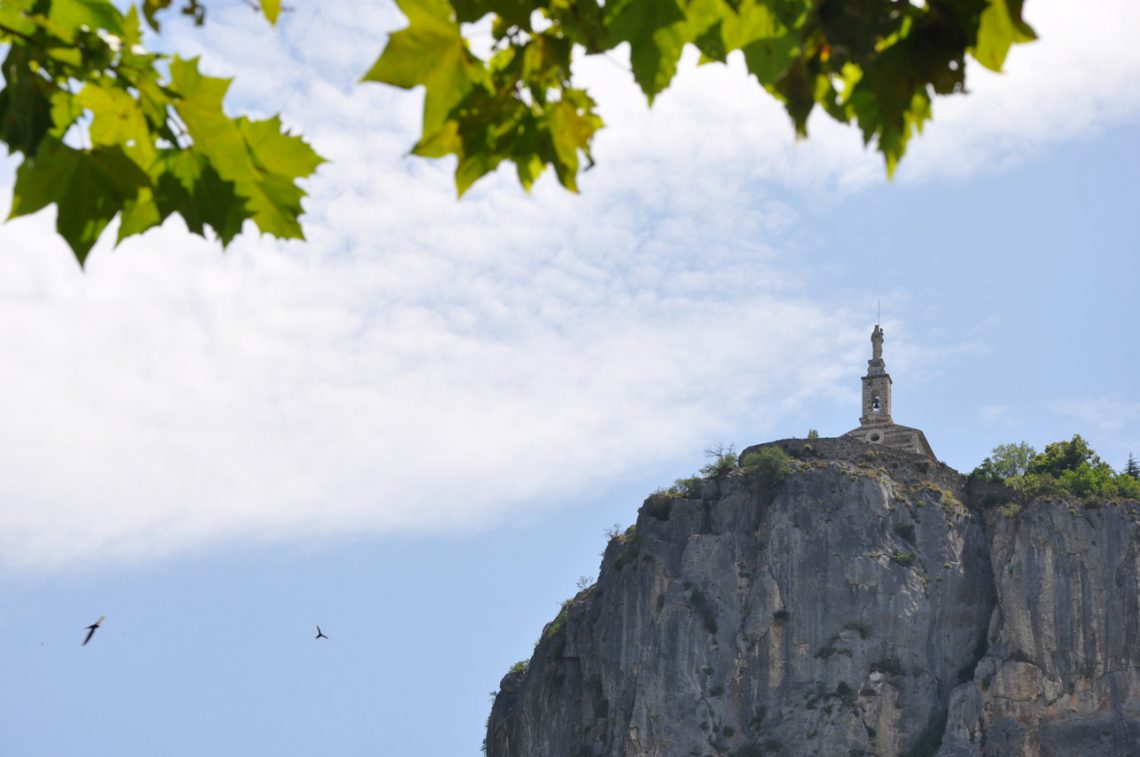 On the place de l’église, the Porte de l’Annonciade is the scene of the Fête du Pétardier every year. This is the celebration of an episode which took place long ago. In 1586, the Wars of Religion brought terror to France.

The Baron of Allemagne and the Duc de Lesdiguières began to covet the little town, but they had not reckoned with the courage of an inhabitant of the village, Judith Andrau, who poured boiling water from the top of this gate on the Captain directing the operation.

Castellane was once again freed from the claws of those who wanted it as theirs and the streets rang with the joy of victory. Ever since, the inhabitants of Castellane have celebrated their heroine’s courage every year on the Sunday closest to 31st January.

At the meeting point of the Alps and the Mediterranean, in the heart of the Geology Reserve of Haute-Provence and the Verdon Natural Regional Park, a stage on the Route Napoléon and gateway to the famous Gorges du Verdon, Castellane is a dynamic and engaging town which cleverly combines the wealth of its past, its tourism vocation and its many activities. 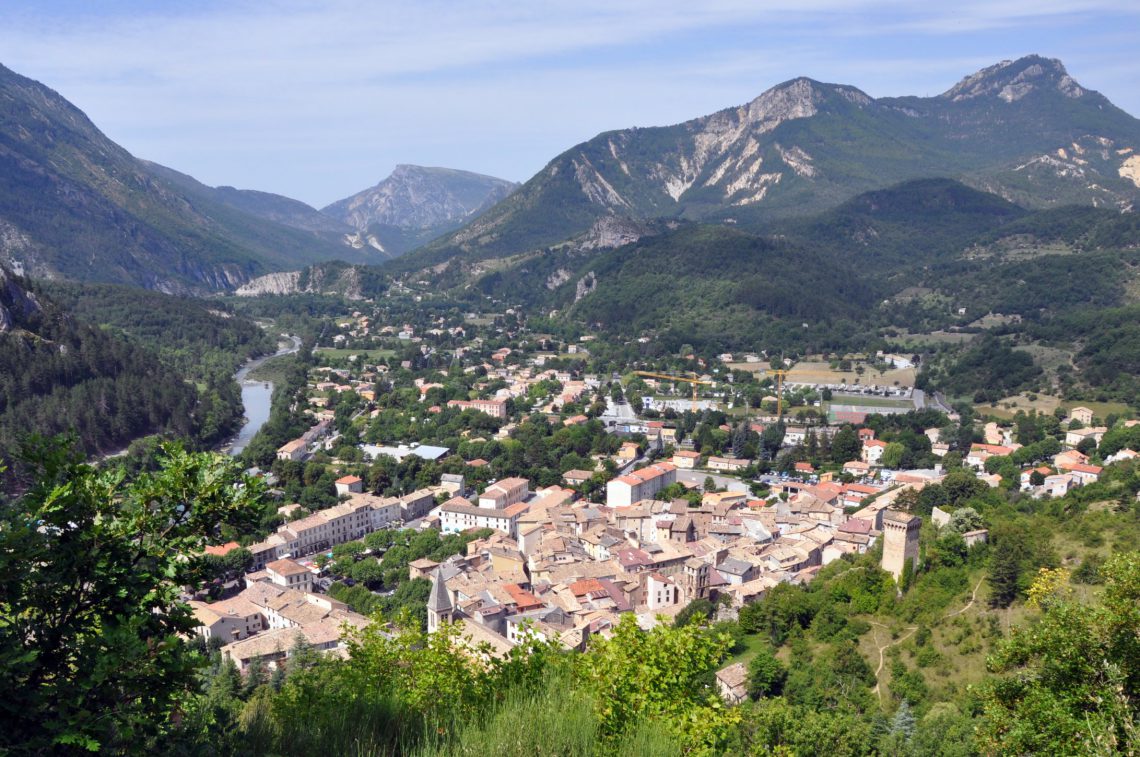