With its stone architecture against a backdrop of wood-covered hills, Dauphin is one of the most beautiful hilltop villages in Haute-Provence.

The plain which stretches at its feet, crossed by the Largue and the Laye, is filled with history and in Roman times, the Domitian Way, known as Chemin Seinet, linking Spain to Italy, went across it.

Today’s farmhouses, which replace the Gallo-roman villas, have brought to light precious artefacts during their building over the years: mosaics, aqueduct, inscriptions, pottery, etc.

It was only later, in the Middle Ages that Dauphin moved up to occupy the heights which were already crowned by a fortified castle, to protect itself from the looters who scoured the region at the time. The village has kept its towers and part of the ramparts of the fortified walls from those days.

When you go through the gateway to the, wander slowly along the paved alleyways under covered passageways and you can see the beautiful XVIth and XVIIth century stone facades. In the streets, you can look for corner niches, mullioned windows, doors with carved frames. 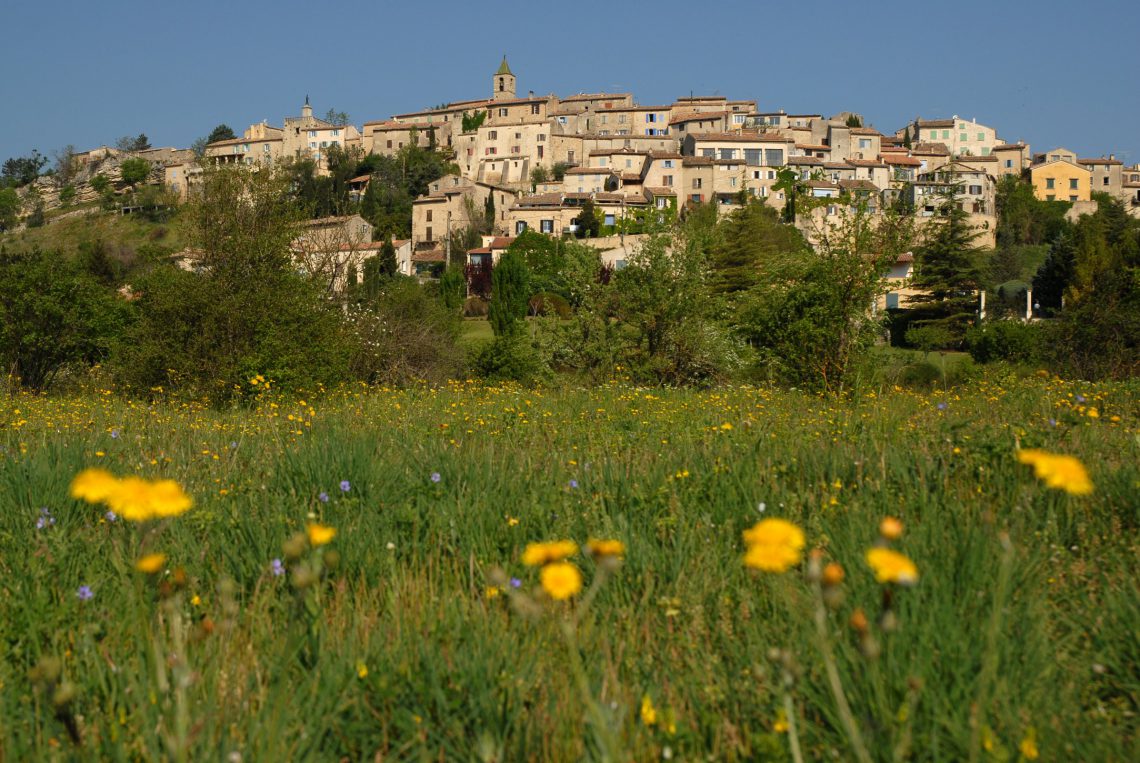 This is Dauphin’s charm, the colour of the stone — a beautiful limestone from neighbouring quarries —, the care given to the decoration, a reminder of the long history which marks every building.

And don’t forget to stop in the Eglise Saint-Martin on the site of the castle’s chapel and which dates back to XIIth and XVIth century. It has a remarkable ribbed vault and a pretty bell tower with a roof of green tiles.

At Christmas-time, one of the most beautiful church cribs in the region with dressed figurines dating back to XVIIIth century is exhibited here.Dauphin, whose site is listed, opens onto a wonderful panorama.

On the southern side, from the former dungeon crowned with a balustrade, you are opposite the Luberon which was reforested at the beginning of the last century and which offers its large forest domain to walkers. 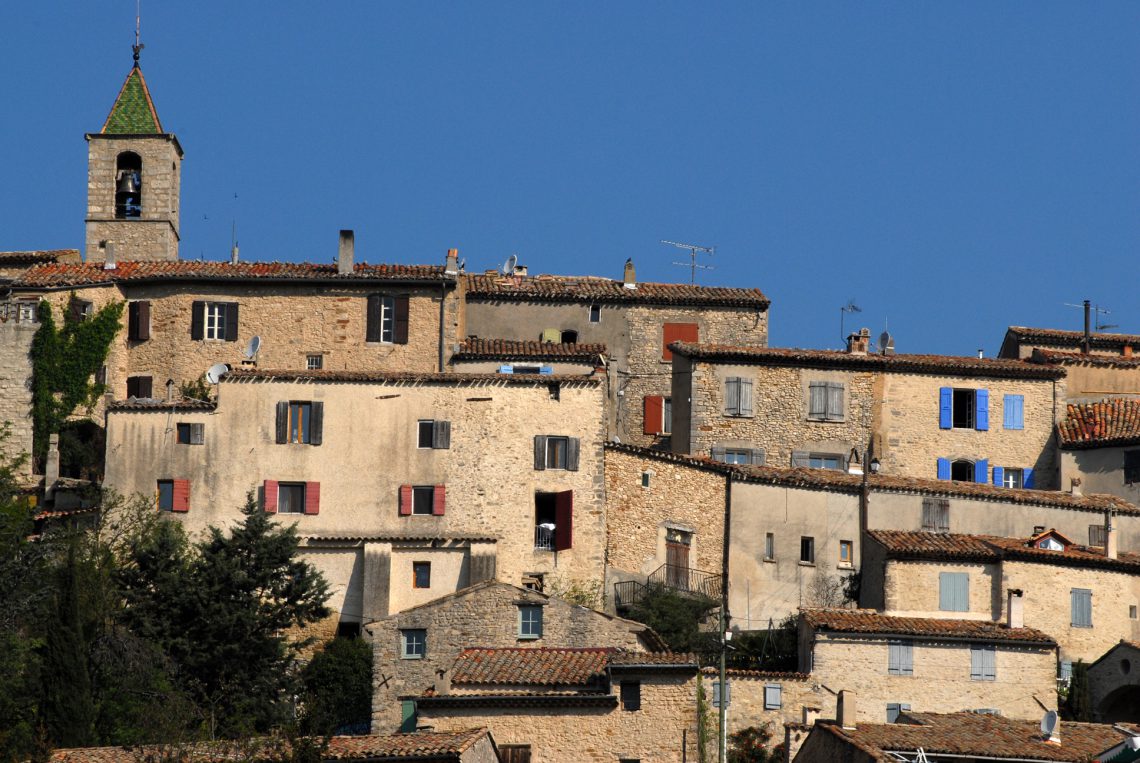 On the northern side, from the terrace of the former castle which forms a balcony over the plain, you can see a long way: just next door, the twin village of Saint-Maime, which, so they say, « danse au même tambourin » (dances to the sound of the same drum; in the middle, the fortified farm of Les Encontres (XVth century) with its machicolated gate; further away, beyond the fertile plain, the domes of the observatory of Saint-Michel and the Hautes-Plaines; and there, the village of Mane and the Citadel of Forcalquier, looked down on by the ridges of Lure which bar the horizon.

Today, besides its farming activities and its local produce (honey, farm produce), Dauphin has seen a number of craftsmen arrive to offer to the many visitors quality productions. 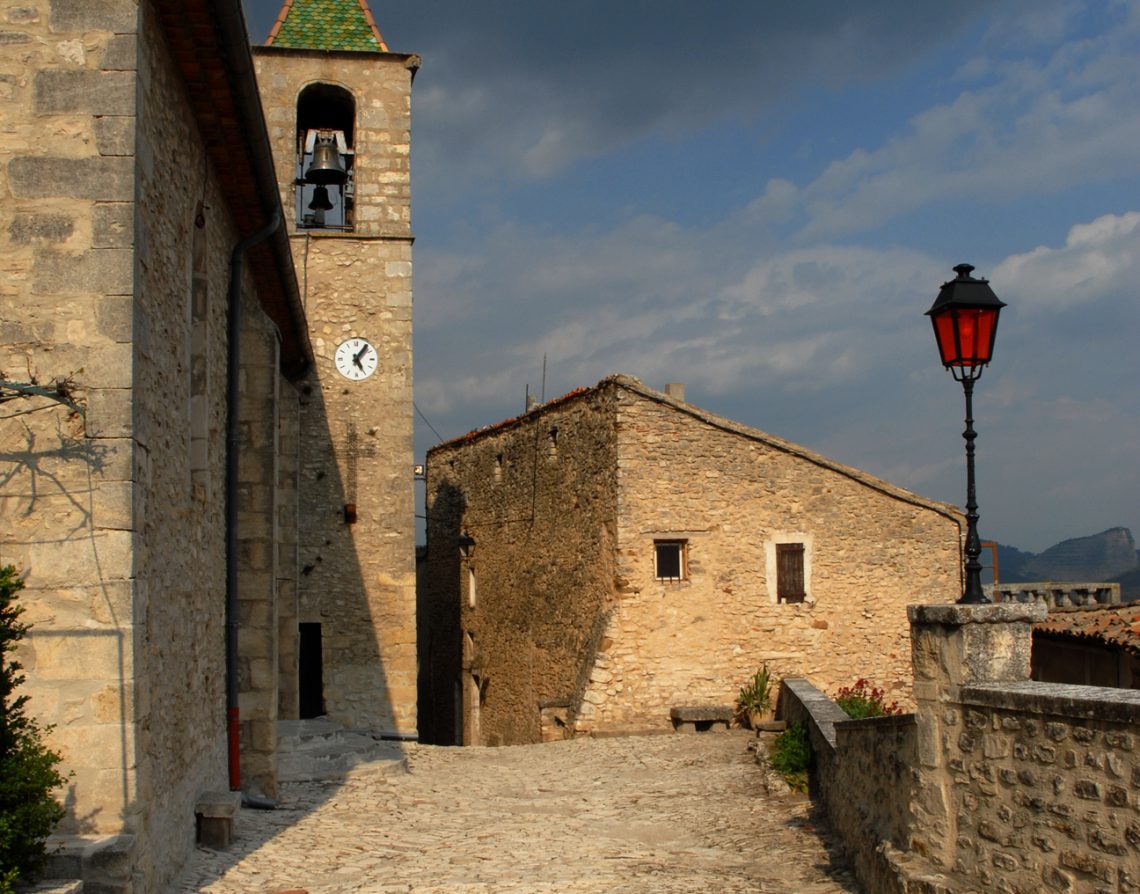