With regards to Prehistory Mane is a site dotted with remains, aqueducts and necropoles. In addition to this, most toponymists believe that the locality drew its name from the Roman goddess Mana Genita, who presided over funerals.

The titles of Mane have a very respectable degree of antiquity as it was around 55 A.D. that Rome chose the site for a provincial market (Forum Neronis) which had to be near the via Domitia crossing the commune. The high middle Ages gave the site everything, or almost of what gives it its strong architectural value today. 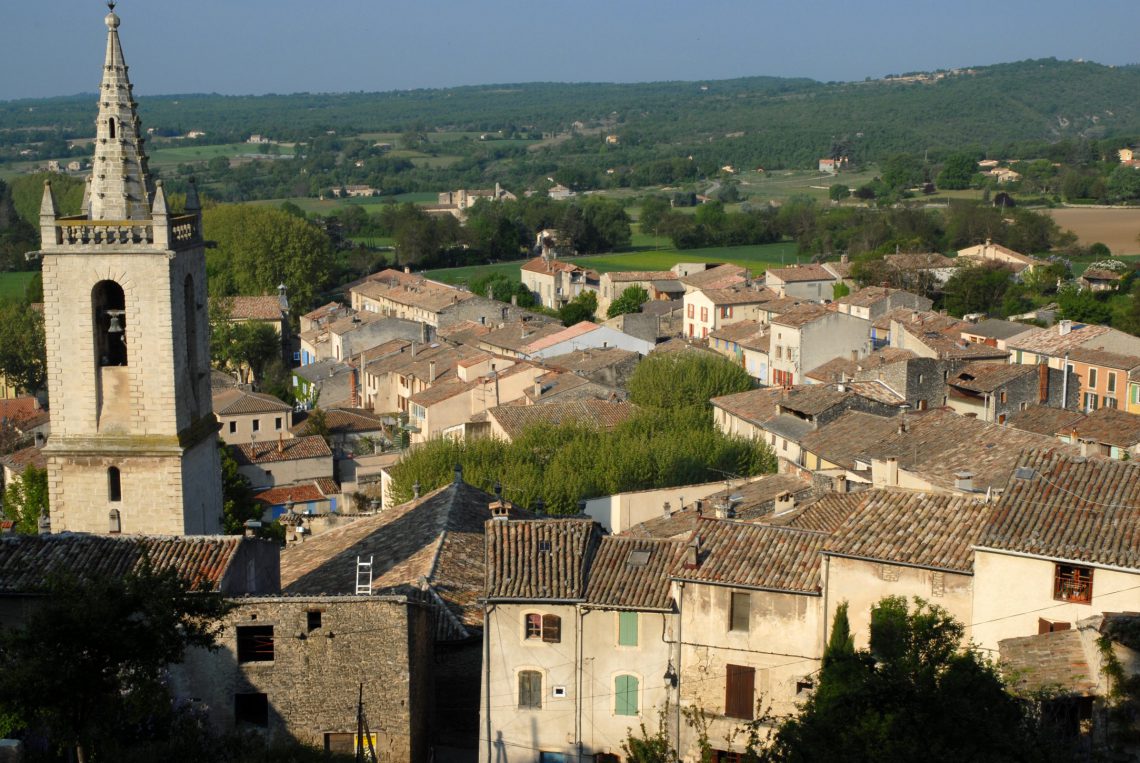 The centuries passed and Mane took its present aspect little by little, of which its inhabitants are so proud, since Mane is not a village-museum. The first image that the traveller gets as he approaches Mane is a shady hill. Two silhouettes stand out: the Citadel, built in XIIth century and which is the only feudal fortification which has remained intact in Haute-Provence; the other is the characteristic bell-tower which was recently restored.

All around Mane and scattered over its territory, you can see remains of History such as, of course, the Pont Roman which kept the pilgrims feet dry and away from the waters of the Laye on the way to the Priory of Salagon, a historical monument which was built on Roman ruins.

This now houses an ethnological museum and gardens. Not far away, and also listed, is the château de Sauvan, built in XVIIIth century as a replica of the Petit Trianon, and filled with period furniture and with gardens.

All around, there are « cabanons pointus », which are mistakenly known as Bories. Little works of art of rural architecture, these pointed dry-stone huts show the remarkable know-how of their builders: the stones are assembled with no vault or bonding. Some believe the Gauls were the origin of these huts, but they more prosaically date back to XVIIIth and XIXth centuries.

In Mane, you will be amazed by the multitude of cobbled streets and alleyways, façades and old doors, fountains, pontons and other architectural curiosities such as the Medieval market, all built with all the know-how of master masons.

Mane was also rebellious and, for example, in 1851, the departmental uprising against Louis Napoleon Bonaparte’s coup d’état started in the middle of the village.

The most famous of its children, Henri Laugier, who was vice-secretary general of UNO, co-drafter of the charter of Human rights and chairman of CNRS, must be somewhere watching over the fate of his village.