La Routo is 500 km on the transhumance routes, including 250 km in the Alpes de Haute Provence, from the plains of lower Provence to the Alpine valleys of the Piedmont.

La Routo GR®69 is a transborder itinerary which links the Plaine de la Crau (Bouches du Rhône) to the Stura valley (Italy), along the routes followed by the herds of sheep that used to go up to the mountain pastures every summer.

La Routo is 500 km on the transhumance routes, including 250 km in the Alpes de Haute Provence from the plains of lower Provence to the Alpine valleys of the Piedmont.

The La Routo project aims at implementing and hosting an itinerary along the route taken by this great historic transhumance. It will be both a hiking and a riding itinerary.

The final route is in the process of being defined (itinerary not yet developed). It will follow many of the existing routes and in particular the Grande Randonnée and Petite Randonnée trails as well as VTT and riding itineraries.

Andy Goldsworthy’s Refuge d’Art is a 150-kilometre hike proposed by artist Andy Goldsworthy: an original artistic itinerary which is the only one of its kind in Europe, and which associates contemporary art (Land Art), hiking and rural heritage. 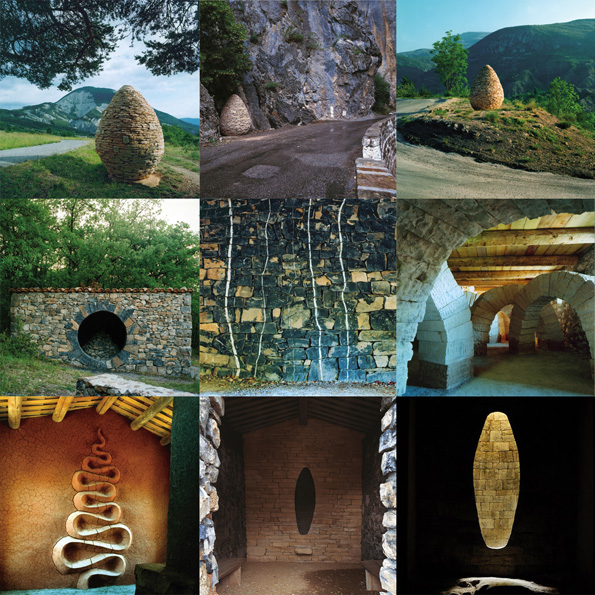 Hikes on the Route Napoléon

The Randonnées de la Route Napoléon hiking itineraries were inaugurated for the 1815-2015 bicentenary in 2015. They follow in the footsteps of Napoleon as he crossed the Alpes de Haute Provence.

The itinerary of the “Route Napoléon à cheval” is a 360 km-long horse-trek along trails marked for riders, linking Grasse (Alpes-Maritimes) to Vizille (Isère).

The Pilgrim’s Ways of St. James of Compostella and Rome – GR®653D (white and red blazing)

Traced as near as possible to the Domitian Way, which links Rome to Spain, the Way of St. James of Compostella goes through the Haute Provence from Italy and covers 145 km from Venterol to Cereste, on an itinerary dotted with very beautiful sites and monuments. 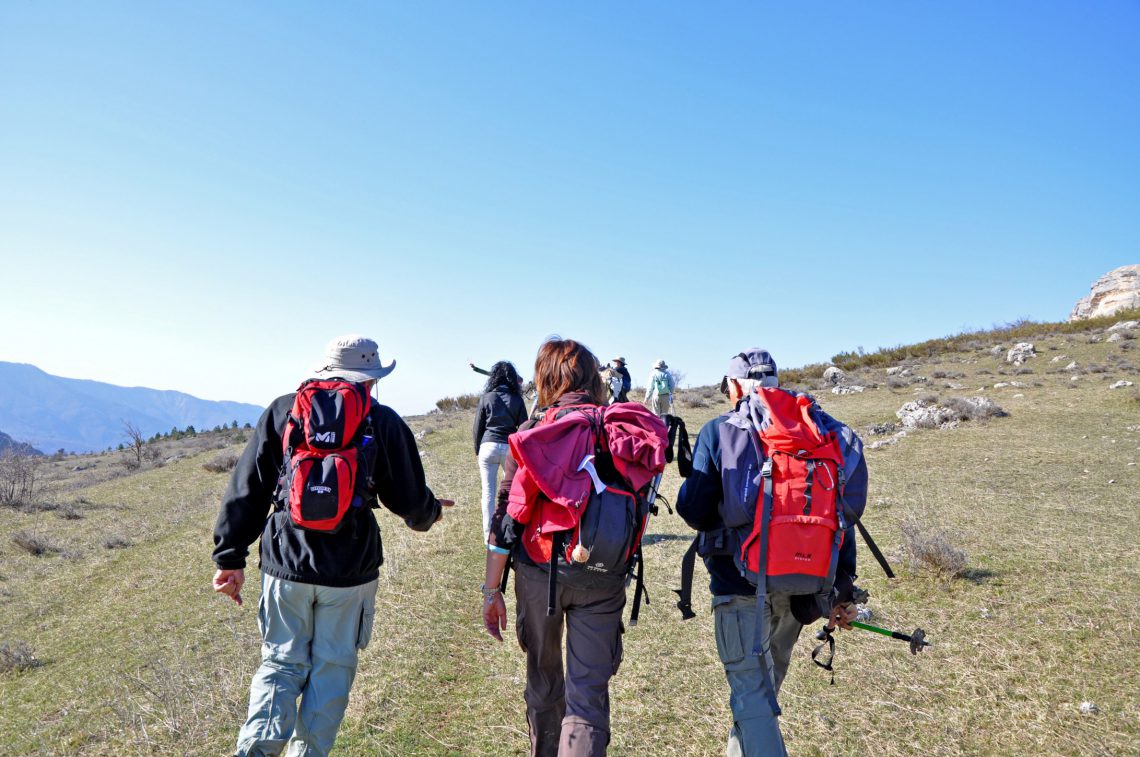 A 6-day nature hike from lakes to mountain pastures and larch forests in the Mercantour National Park.

With “Retrouvance” hikers discover natural shows and treasures, under a clear blue sky.
This glaciers, with its high lakes, torrents, waterfalls, basins and deep gorges, are punctuated by age-old roads which link the Var, Verdon and Ubaye valleys. From the village of Peyresq, at 1525 meters, where you arrive by the picturesque Pignes train, to the lake of Allos, the highest mountain lake in Europe, 6 days of hiking through sites marked by traditional activities such as pastoralism or forest stewardship . These lands, which are now preserved, give the watchful walker the chance to see many original animals and plants.

“Retrouvance”: a warm welcoming accommodation and an original organization.
The ONF (forest commission) is open its forest relays, in old renovated houses in mountain tradition which offers a good level of comfort.
The hikers are supervised by a regional guide who has been specially trained for this circuit.
Your luggage is transferred from stopover to stopover, relieving you of your heavy rucksack. The food is prepared by locals using regional produce.

From the back country of Grasse to the Rhône valley, this hike offers the most beautiful scenery in Provence. It follows the course of the Verdon and meets up with the Grand Canyon via the famous “Blanc Martel path”.

After crossing the vast fields of lavender on the Valensole plateau, it continues over the hills of Manosque and the Luberon Natural Regional Park before reaching Mont Ventoux. 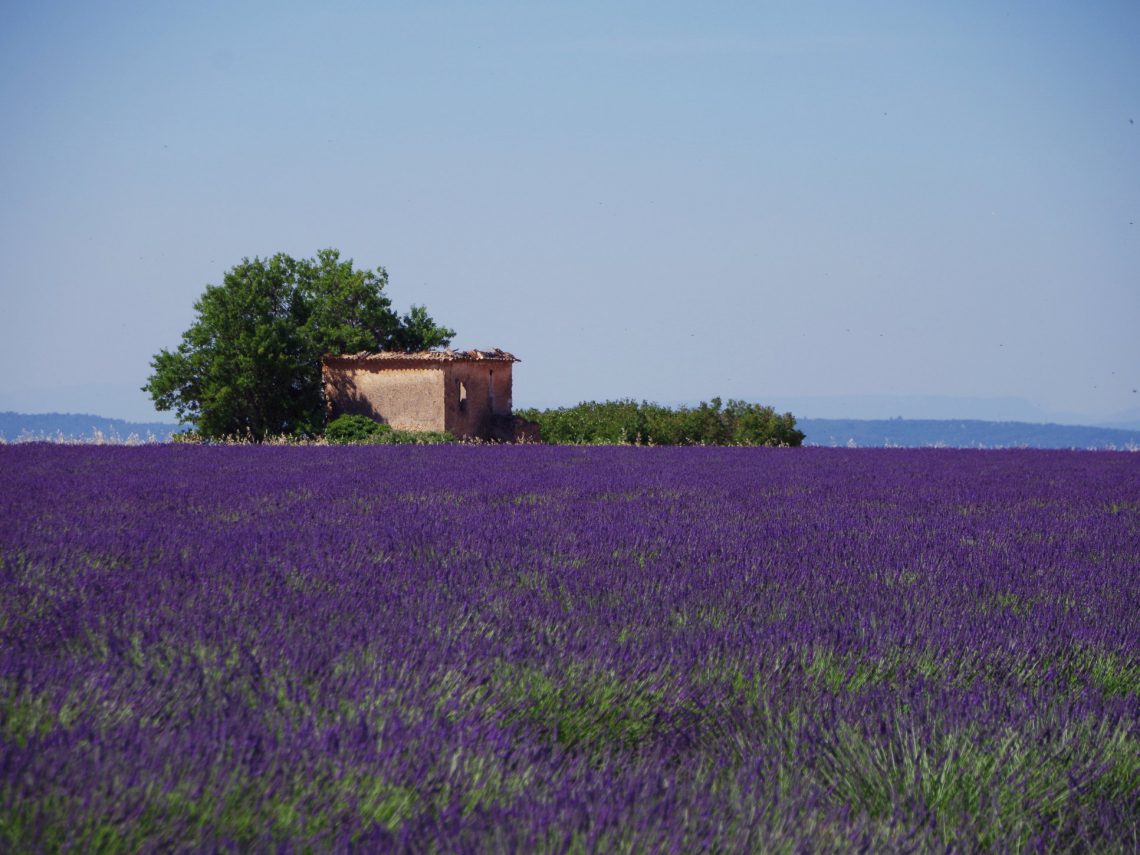 In the same way as its “elder sister”, the Grande Traversée des Alpes, this hike from west to east links Sisteron, Digne-les-Bains and Entrevaux. Here, the mountains are gentler, more welcoming and more on a human scale. Hikers can take great pleasure in hiking through beautiful forests, plateaus, mountain pastures and villages.

This 9-day hike across Haute-Provence can conveniently be split into smaller legs because there is easy train and road access. 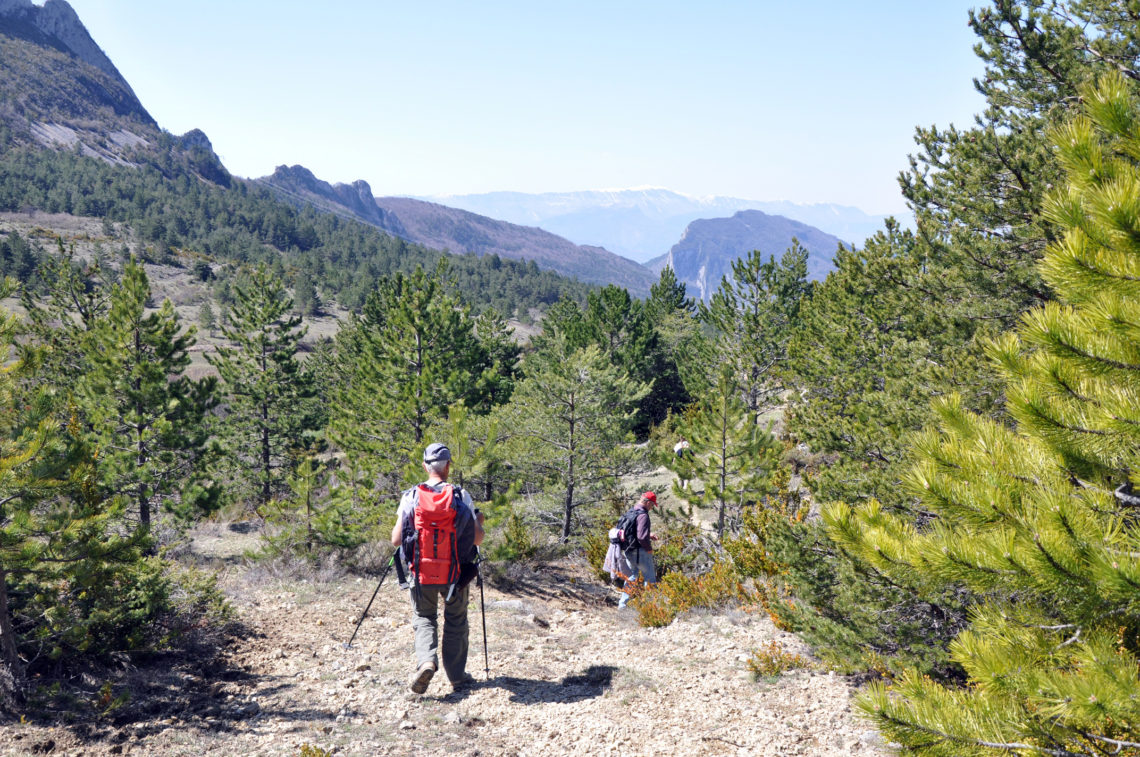 The long ridge of the Montagne de Lure is an impressive natural barrier and the torrents of its steep slopes flow down into the picturesque Jabron valley.

In comparison the southern slope of the mountain offers a landscape where the importance of human occupation and the influence of farming become gradually more visible.

Divided up by a number of dales, the Pays de Forcalquier is very varied, as can be seen in its superb villages de caractère: Simiane la Rotonde, Banon, Mane, Ongles, Saumane and Saint Etienne Les Orgues. 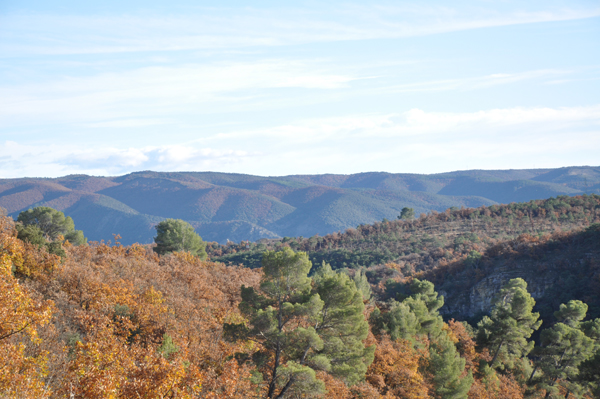 This area of the Alps which is astride the Franco-Italian border for around forty kilometres is perfect for hiking on developed circuits.

The border follows the watershed and winds between the Col de Larche and the Col du Longet in the Ubaye and Ubayette valleys. 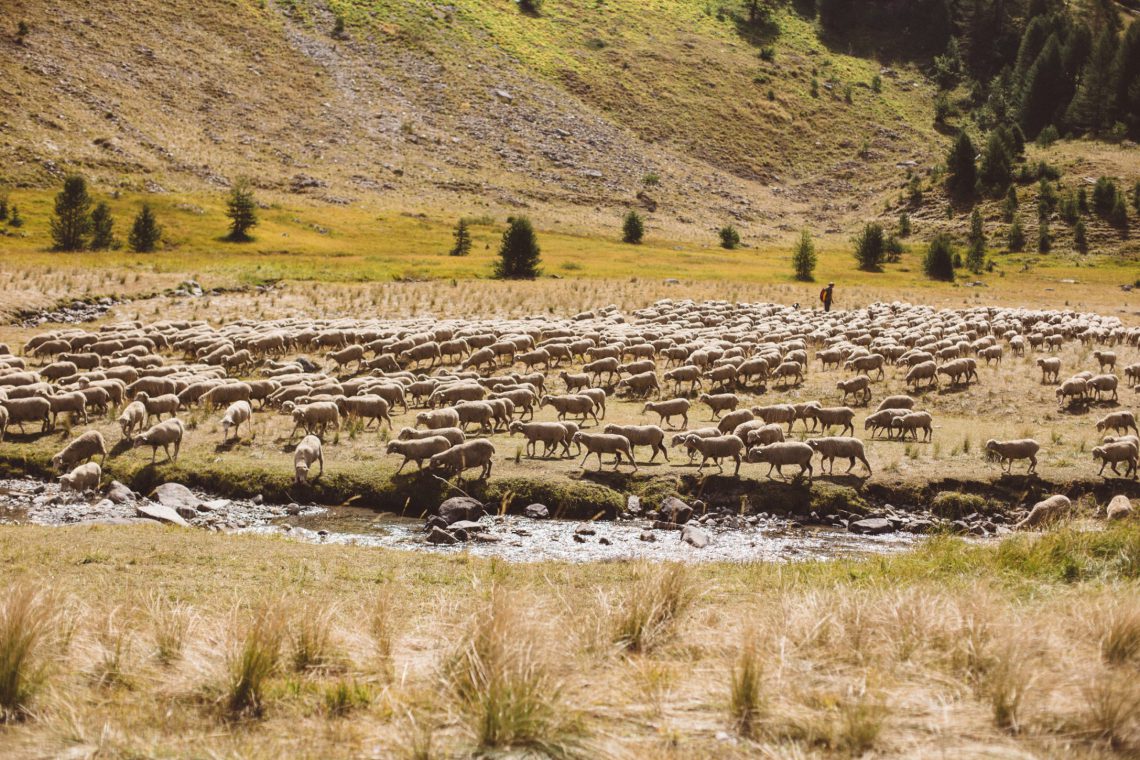 The GR®6 : From Ubaye to Luberon

As it comes down from Haute Ubaye, it offers a view of the high mountains where the trail crosses over the Col de la Pare at 2,655 metres. It gradually leaves the rocks and pastures to reach the forests of the Blanche and Vançon valleys.

From Sisteron, the landscapes and fragrances of Haute Provence mark the rest of the itinerary and end with the crossing of author Jean Giono’s beloved Montagne de Lure. 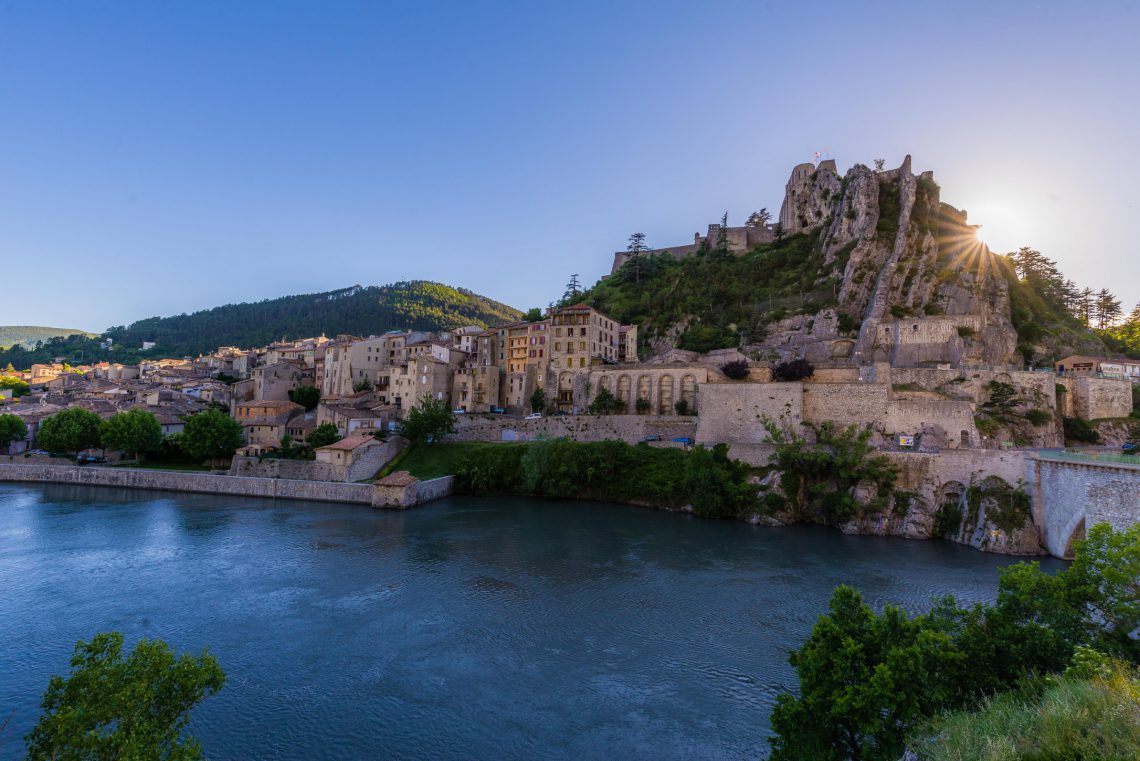 The Haute Vallée du Verdon, upstream of the grand Canyon, is unquestionably part of the Alpine domain. To the west it is bordered by the Haute Bléone and communicates to the north with the Ubaye Valley beyond the high ridges of the Col d’Allos.

Lastly, to the east, you will find the jewels of the Mercantour National Park, the Lac d’Allos and Mont Pelat which, at 3,050 m, is the easiest of the “Alpine three thousand”. 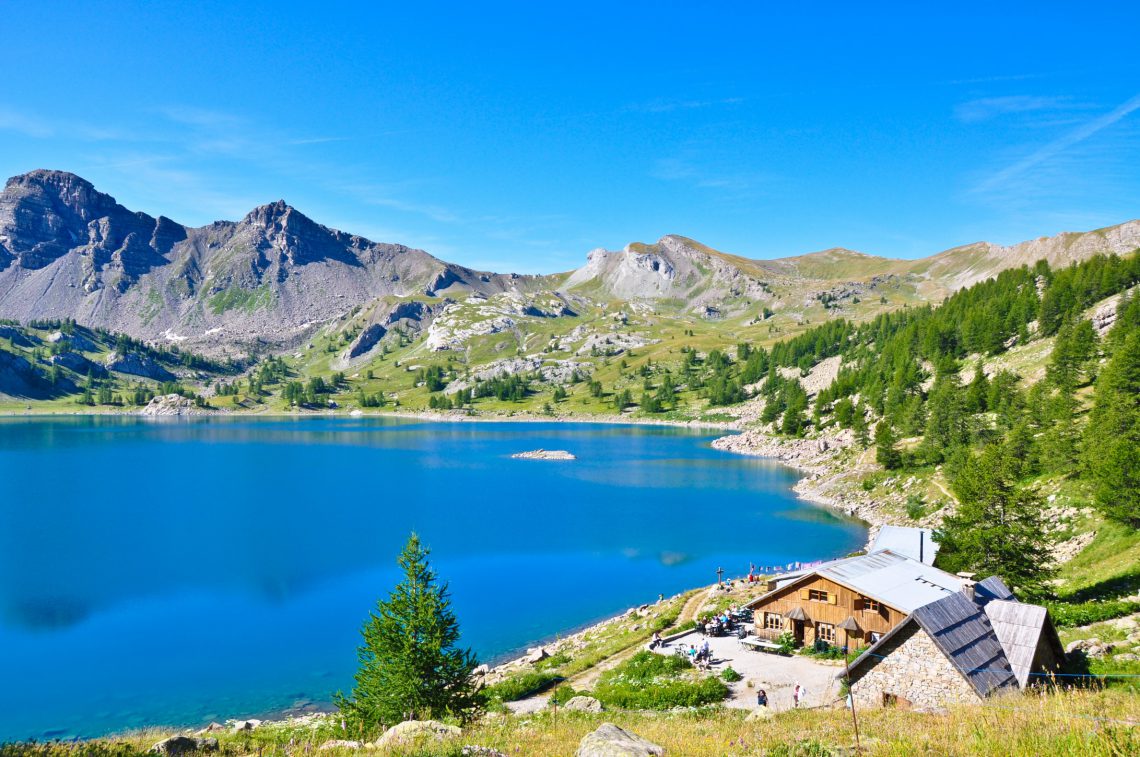 Trekking between France and Italy from Digne les Bains to Cuneo

Disover this vast Alpine mountain area made up of 8 valleys which are inhabited all year round and spread on each side of the “border”. 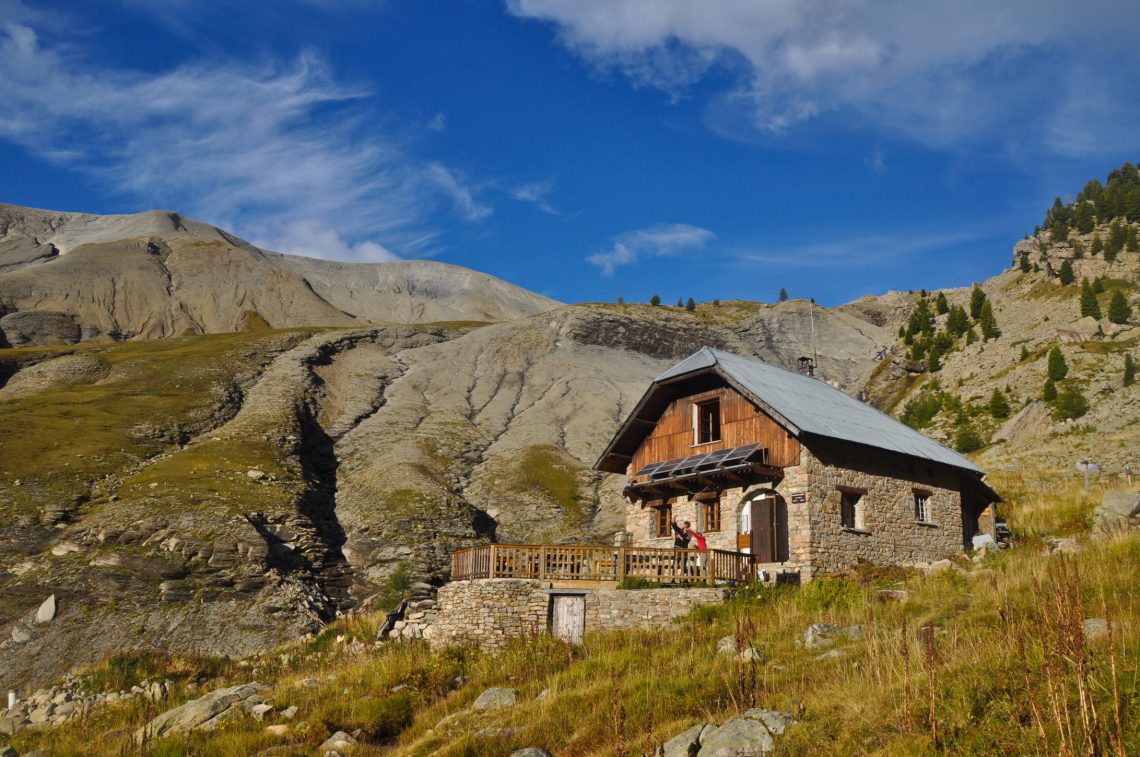 Discover the heritage of the Mercantour National Park and the Ubaye as you walk from passes to lakes in an exceptionally green natural setting.

Take 9 days to go through several typical villages where you can stay in huts or stopover gites. 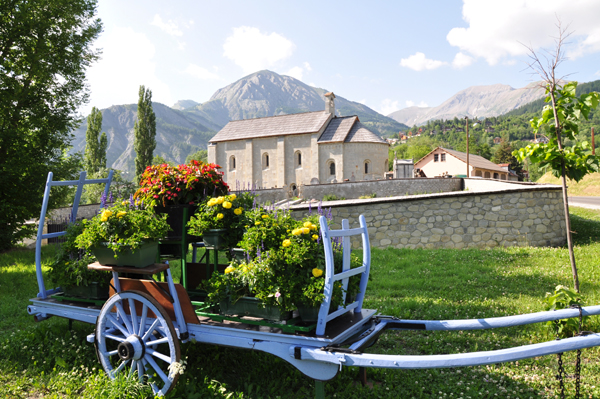 Several marked trails enable the hiker to discover the landscapes of this area shared by five and which is a must: Authon, Bayons, Barles, Auzet and Selonnet.